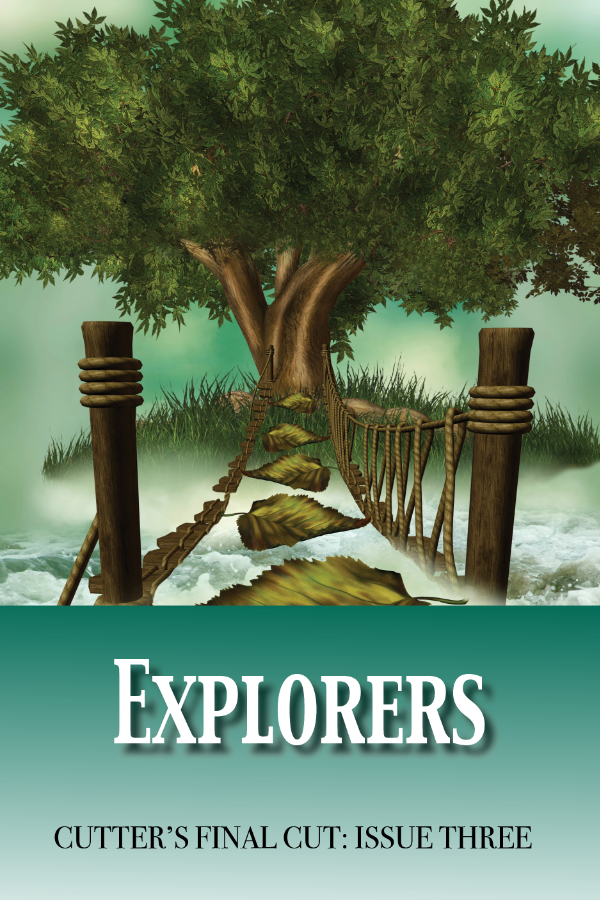 AmazonBarnes and Noble NookKoboApple Books
Part of the Beyond THE SEER, in the same world series:
A story in the anthology Explorers: 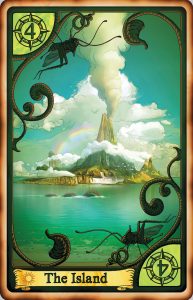 The island of Ilsea has been claimed by a powerful mage. But for his cat, Risa, the mage prefers to be alone.He tolerates those who bring his food, wine, and supplies, but the ship is late--again!While he watches the sea for his tradeship, a strange woman steps ashore. The mage is not at all pleased to meet her.

"The Mage Tax" is a story in the world of The Seer Saga.

The mage took a fitted lid off the flat wooden box, and gave a long, frustrated exhale. The cat opened her eyes to stare at him.

Inside the box, ten brown mice huddled at the center of six open chambers.

"It's not working," he told her. Risa, if she understood, gave no indication.

Suddenly the cat's head snapped upward, attention fully on the ceiling, eyes wide. There, a moth with wings of gold and white fluttered.

Miatahn eyed her speculatively. "I could make you wings."

Gaze on the moth, Risa chittered in the back of her throat.

It would be quite the project, Miatahn reflected, but he could not stop his mind from visualizing the anatomical structure of a feline, Risa in particular.

She had been eating more lately, getting a bit plump, making it even more of a challenge. While Miatahn depended on regular provisions delivered to his island, Risa never had any trouble finding extra bugs, rodents, and birds, in the lush undergrowth just outside the door.

"Wouldn't you like to be able to fly? Catch the thing? Eat it?"

At last the cat's head slowly swiveled to Miatahn. She opened her mouth and emitted a soft sound, not entirely unlike a hiss.

"Never mind, then," Miatahn said, looking back at the huddled mice in the box. "This is more important."

Or would be, if he could make it work. He glanced at the nearby wall, where a device of gemstone sliders kept track of the days and months.

The quarterly tradeship was twenty-four days past due. In years past, the Iliban captain was prompt as he directed his crew to unload boxes, barrels, and bags of goods and foodstuffs—fermented beverages, candles, oil, cacao, ink, and all the rest—onto to Ilsea's shore, and up the cliff to Miatahn's cold-storage basement.

A half-year ago, the Iliban captain had been six days late. Last quarter, eleven. Miatahn had said nothing, rather than risk offending the captain who kept him fed. It was hard enough to find one that would come here.

Now the Iliban was nearly a month late. Miatahn's anger smoldered inside, nearly as distracting as his dwindling supplies.

Sloppy Iliban, with their minds of fog and mud.

He cocked his head, hoping to hear the bell at the harbor the captain would ring when he arrived, a sound traveled up the sheer cliff to Miatahn's high home.

Miatahn reached for flatbread and cheese. When the tradeship captain did show, Miatahn decided he must show restraint. Get his supplies. Then decide what to do about the Iliban captain to whom he already paid four times the going rate for the delivery.

A sudden, loud thrumming, as a green and orange hummingbird streaked through a high window, darting into the corners of the room, frenetically eating tiny biting gnats, flies, and mosquitoes.

The small, aggressive beasts didn't usually come into structures, but Miatahn had tinkered with the species, making the smell of human attractive enough to bring them inside and keep his house free of the stinging, biting insects that were thick across the lush island.

Another one streaked through, making a loud arc, and passing within an inch of Miatahn's face. He let out an angry, startled cry, and waved his flatbread and cheese at it.

"By the sterile lands, I'll have you and yours one-winged for five generations, with a blood-sucking louse as your mate!"

Absurd, of course—hummingbirds were far larger than lice. But Miatahn's annoyance laid out images in his mind as to how he could grow a louse larger each generation, until he could take bits of live hummingbird, and bits of live louse, and fuse them together. Serve them both right.

As he watched the offending creature hover, dive, and soar, he could not help it: his imagination flew alongside.

There were multiple paths to creating winged creatures, and Miatahn had been working them all since he had come to Ilsea. Thus far, each had failed, as amply demonstrated by the lizards on the far side of the island, now the size of horses, with wings too small to do more than annoy seagulls.

So it had made perfect sense: meld mice and hummingbirds, create a creature with night vision that hovered in tight spaces, that could snap up the flying grain beetles invading his food stores.

Step one: get the mice to eat the beetles.

Miatahn had already altered the mice to dislike his grains. He had needed to dive deep into them, seeking the mother cells, tuning them just so.

He might be the first mage to do such a thing. Not even his aetur had known how. The change had bred true, and while the little monsters still ate his fruit, nuts, and beeswax candles, they ignored the grain. Miatahn hadn't expected their whiskers to also take on a magenta hue, but so be it.

Encouraged by this success, Miatahn had altered the mice again to solve the beetle problem before they laid eggs that became larvae and ruined his food.

What had gone wrong?