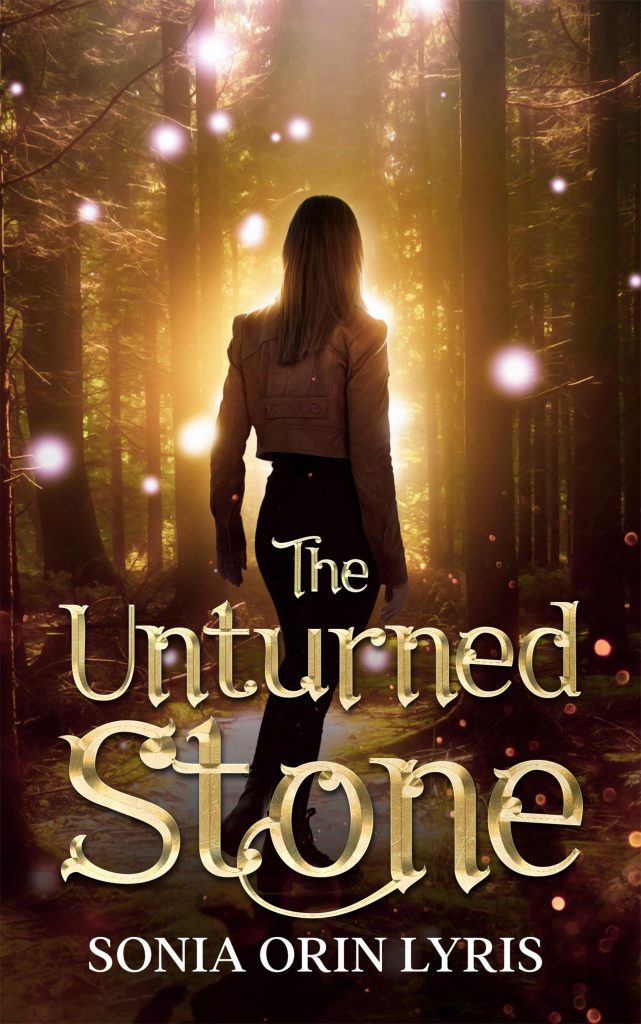 Susanne "Sanne" Pascral likes to keep a low profile. As a witch in the small town of Marigold, USA, it is far, far better if people think she is ordinary and mundane.

So Sanne tutors teenagers in computer science, gives classes on programming, wild-crafting, and does her level best to stay out of trouble.

But when her sister needs clears out old family storage units, and sends Sanne a box containing demon eggs that are about to hatch, Sanne is going to have a hard time keeping anything hidden.

Sanne woke, suspecting the day would bring trouble. She lay in bed, staring at the ceiling, recalling her dream of cracking eggs into a bowl only to find them all lacking yolks. Empty.

Dreams were unreliable portents, often like drunk, dancing clowns: more interested in getting a rise out of the audience than saying anything of substance.

She kicked off the covers, rolled out of bed, and stretched, gazing out the window at the neighbor’s siding. One room, and the window over the kitchen sink stared onto brick wall.

If she believed in omens, there was one.

But that was fuzzy, magical thinking, encouraging the clever mind to impose meaning where it was not. One must study the world as it was, if one intended to understand it.

The world as it was. Not as one wished it to be.

She pulled on sweatpants and sweatshirt, walked the few steps to the kitchen sink. Dreams might be clumsy signposts, but if you paid attention, they sometimes pointed in useful directions.

Besides, she was in the mood for an omelet.

The first egg split its treasure into the white ceramic bowl without any fuss at all, the yolk’s color deep gold, spreading into the white, and really, saying nothing at all.

The second was another matter. The firm crack against the edge of the bowl sent shards into the batter. Sanne muttered in frustration, fishing them out with a fork.

Did this mean anything more than that life was full of shards and mess?

She held the third egg in her left hand, the side of receiving, of contemplation, fingers curving gently over the pale shell. She whispered words that her mother had taught her when she was young, words of unmasking followed by a humble willingness to know more.

Next she transferred the egg to her right hand—action and decisiveness—and cracked it against the bowl, deftly spreading the halves with one hand to release its contents alongside the other two.

There it was: a blood spot. The shape was oblong, color vivid red. The yolk had broken on contact and the whole of the slimy yellow-orange swirl had a clear pattern: a tree, marked with red.

Nothing could be clearer. Sanne’s trees—not her trees, of course, but she thought of them that way—were under threat. She would visit them as soon as she could.

She crushed the shell in her hands. A wet, sharp business. She opened her fingers and looked.

No, this had nothing to do with the ancient grove. Someone had died.

There were doors of energy, locked and sealed, between her and her uncle, and so she did not expect to feel him as he crossed over into death.

“Sanne,” Marla said on the phone, then repeated herself, her voice choking.

Even if Sanne hadn’t known, her sister’s tone said everything.

“Jerry,” Sanne said, naming the uncle who had raised them.

And she was. For Marla, anyway.

An image of flames flickered in her mind, a memory that sparked a familiar anger.

Sanne and her uncle had fought from the first, after that horrific New Year’s Eve when Sanne and Marla, ten and twelve, became orphans. Part of why Marla had become a lawyer, Sanne suspected: to serve up the justice that had somehow escaped the drunk driver.

Sanne had taken another path, learning everything she could about her mother’s craft: witch, wild, and other.

Jerry had taken the girls in, fed and sheltered them. He’d insisted they study hard and pushed them to lucrative professions. Jerry was proud when Marla went to law school.

Sanne dropped out after one term of college, abandoning a degree in computer science, declaring that she would teach herself.

“You little idiot,” Jerry had snarled at her during their worst fight. “How are you going to pay rent? Just like your mother.”

And proud to be.

She hadn’t always been proud of that. It had taken Sanne years to find pride within. After their parents had died, Sanne became withdrawn. Jerry put her through years of therapy, trying to figure out what was wrong with her.

Nothing at all, Sanne finally realized.

Now, Sanne gripped the phone as memories cascaded, listening to Marla’s quiet sob on the other end.

Sanne lived in a one-room house, in the small town of Marigold, USA, tutoring kids, and running occasional wildcrafting classes for eager wealthy suburbanites who were afraid they’d die if they ate the wrong mushroom. It wasn’t much, but it covered the basics, and gave her time to do her real work.

As Marla talked, Sanne thought of Jerry. Her mind flashed to fire and outrage.

She had been twelve, Marla eleven. A summer night, in the backyard, dim stars fighting through shreds of moonlit clouds. The three of them stood around the firepit. A place of good memories, of BBQs, marshmallows, and stargazing. Until that night.

Out of nowhere, Jerry railed at Sanne about her foolishness, make-believe, and lack of diligence. His disappointment.

In a rage, he took her craft books to the firepit and tossed them in. Worse, her personal notebooks detailing her studies, her memories of her mother. He shoved her away as she fought to get them out his hands, to pull them out of the fire.

Sanne was screaming, Marla was crying, and Jerry was burning her books.

Tears of fury streamed down her face as she watched the flames consume her treasure, watched her uncle burning even brighter in a way he himself didn’t credit.

Over the years, Sanne had learned to push him away, keep herself apart. It was hard to do, living in the same house.

At last, she’d come to understand that Jerry, despite his protestations that magic didn’t exist, could make a field around himself where magic, if not downright impossible, was very, very difficult.

Sanne left the morning of her sixteenth birthday, daring him, as she walked away and he stood at the door, to have her brought back.

Eventually, she left, moving across country to get away from him.

The irony of her uncle wielding powerful magic while denying it existed was not lost on her. He could have been a witch. But it was hard to study a subject you thought was delusion.

They had not spoken in years. Now he was dead. All Sanne felt was relief.

However, her sister Marla, whom she loved, was hurting. Sanne went to the drying trellis. With her free hand, she reached overhead and took down a young bouquet of lavender stems and flowers bound with thyme.

“I’m sorry, Marla.” Sanne traced runes in the air as she spoke, twirling the lavender-thyme bundle to make a healing spell. She pitched her tone to gentle care. “I love you, sister.”

Marla laughed a little through tears, which told Sanne that even if Marla didn’t know what it was, the spell had reached her.

“Enough to come home and help me sort out the storage units?”

“Throw it all away. Better yet, burn it.”

“Christ, Susanne, are you still upset about—”

Marla knew about Sanne’s struggle with Jerry, but only the form, not the deeper substance. As far as Marla was concerned, Sanne and Jerry had fought about some sort of religion, and Marla was an atheist.

“You won’t,” Sanne replied harshly, then regretted it. “You won’t,” she said again, more gently. “But if you do, keep it.”