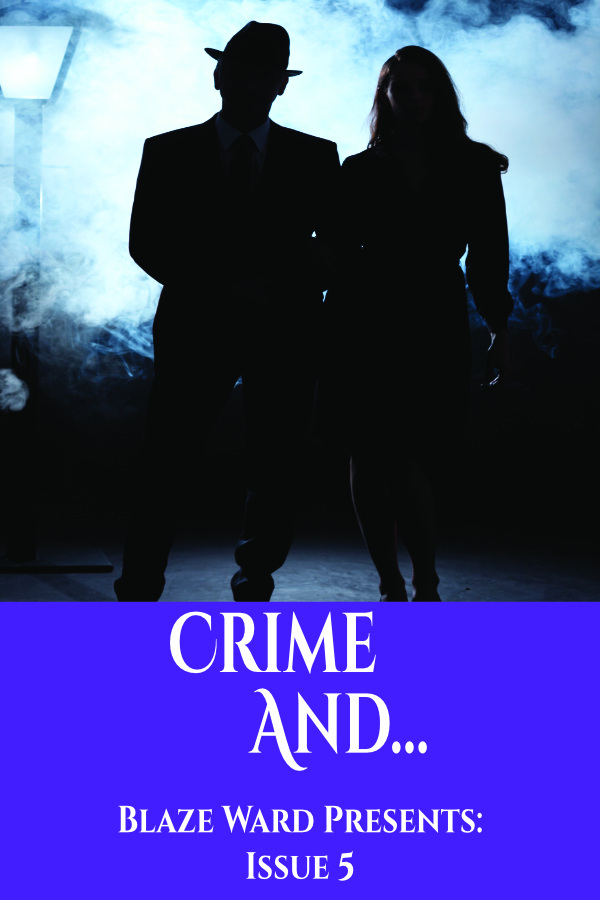 Amazon KindleAmazonKoboBarnes and NobleApple Books
Part of the The Seer Saga series: 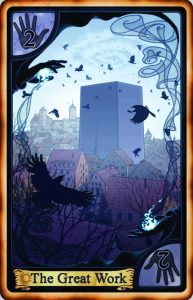 Another story in the world of The Seer Saga.

In the great city of Senta stands a massive stone structure that everyone calls Zenectia's Library. This Great Work is so huge that it blots out the Senta sky. Where is the mage Zenectia? What's inside? Is it really a library?

Certainly not Joah, an ambitious courier who visits daily to stand at the magical boundary and stare at the black stone Library, then up and up where crows circle.

No one in living memory has seen the mage, and no one can cross the magical boundary to approach the Library to find out what's there.

Then, one day as Joah stands on the borderline, the boundary vanishes.

Genres:
Fantasy
Tags:
Another story in the world of The Seer Saga, short story
Excerpt:

At the last minute, Joah turned right instead of left, forgoing the direct route. The streets at this early hour were nearly empty. Only a few, distant sounds: a scuffling, a thud. A rat, a dog, a drunk.

Joah touched his midriff. A slight crinkling through layers of cloth pouch assured him that the folded parchment missive was secure against his belly. Wrapped and tied and secure. A courier in the fine city of Senta couldn't be too careful. Sometimes one must run. Nothing could slip.

Through the high buildings, Joah caught glimpses of the night sky. The silvery light of the Serpent Moon cast thin blocks and sharp points across the top stories of structures, touching the streets in thin splinters when it was able. The white orb was inching toward its full tail-in-mouth, that perfect circle still days away.

Moonlight flooded an expanse of cobblestones. In these hours, tucked tight between sundown and sunup, the wide, open ground surrounding Zenectia's Library was free of tourists and gawkers, costermongers and pickpockets.

The great Library had been made by some ancient, long-vanished mage. A fine tourist draw, it earned the city of Senta plenty of coin, and was usually ringed with crowds.

Now, though, the square was empty but for Joah. As always, he slowed as he neared the invisible borderline boundary. The magi chrastos, this great mage work, loomed overhead, higher than any other building in Senta, a dark rock that gleamed black in daylight and glowed darkly at night.

Though he had seen it a thousand times and more, Joah caught his breath as his gaze rose and rose. The shadowy rectangular shape blotted out the moon and cut against the stars.

It had no windows, no doors, no decoration of any sort. In daylight, one could walk around the thing and see that it seemed, impossibly, to be made from a single piece of polished slate, entirely featureless up and down, but for one thing: the hairline crack that began two-thirds from the top and descended to where it met the ground in a narrow, ragged triangle.

Bright moon made an edged pool of darkness between Joah and the Library, in which the crack, where it touched the ground, was black on shadow. Across the years, as Joah matured from child to man, that crevasse seemed evermore like the cleft between a woman's legs.

He laughed silently at himself, at his young man's lust, and stopped at the magical boundary that exactly outlined the Library on all sides, some thirty feet removed from the stone. One could go no closer, could not step into the space between the invisible borderline and the Library, a space in which no weeds grew.

The dark crevasse--what was it? An entrance? Perhaps the monolith was solid, and the opening led nowhere. Was it truly a Library, or just so named?

No one knew how the crack had come into being. So many stories. A centuries-ago mage attack. Zenectia himself, angered at his own creation. Magical lightning. Perhaps it was only ink, or an etching in the stone.

A courier always knew where his feet should go and how fast. Sometimes Joah approached by jumping right to the invisible line.

Sometimes he stepped slowly. But always he knew just where it was, that spot where he would feel the pressure in his head and stomach, like a sudden illness.

Joah was proud of his precision, of knowing when he would feel the nausea begin. Then, closer, how his mind would flee to other things, like a startled bird in the sky, and he would want--everything and anything that was not here.

If one foolishly pushed forward further, another hair's width toward the Library, the dark fear would come, trailing dread and the certainty of doom.

Where tourists and locals, patricians--even monarchs--would come this close once, and never again, Joah eagerly faced the invisible magic barrier every time.

It had been on a moonlit night much like this one that a much younger Joah, lacking hair on lips and groin, had seen a small book. A square book, no larger than his ten-year-old's palms, side-by-side. But he could see, even in the dim light, that it was thick and cleverly bound. Expensive.

And on the other side of the magical borderline.

Joah had been underfed and ragged, small and hungry, that very day fishing in the dangerous tidepools at the southend of the city with twine and hook, an effort that had gained him nothing. As he stood there that night at the Library's borderline, the craving for the book and what it could buy coursed through him. He had an idea.

A clever moment, that. The twine and hook sailed over the invisible boundary that Joah had never seen flesh pass. He drew the book toward him across the line, and held it tight. Terrified and stunned at what he had done, he ran.

The next day, he sold it, fast and cheap, to the first buyer. He used the money to feed himself, to get good clothes, to learn to read. Then, day by day, to make his way into the work of a courier.

Joah kept his eyes and ears keen as he loped along from one delivery to the next. When he might, he would sit and watch the famous trade caravans arrive at market, or the great ships at harbor. When he must, he ran as fast as his long legs would carry him.

For a good year and more after that, he stayed clear of the Library.

Nothing happened. No elder mage appeared in the night at his hard bed of straw demanding its return. Nor later, in the tiny bedroom at the back of the mercantile house where his employment included a soft cot and warm meals.

No curse brought him unexpectedly to his knees when he bowed deeply to a steward or maid at the front door of some great house as he delivered a package or missive.

Joah returned to the Library again and again, often at night, to test himself against the borderline. To prove that he could step closer than anyone else.

Now, with that thought, Joah hopped to the edge of the boundary, his feet and body knowing exactly where it was to a fingernail's thickness. He was eager to feel the sickness in his gut, the fleeing of his thoughts. To see if he could press himself into the stark terror that Zenectia's Library offered only to the very, very brave.

He stood at the boundary and leaned forward. Then he blinked.

Nothing. The barrier was gone.