A Collection of SF&F Stories 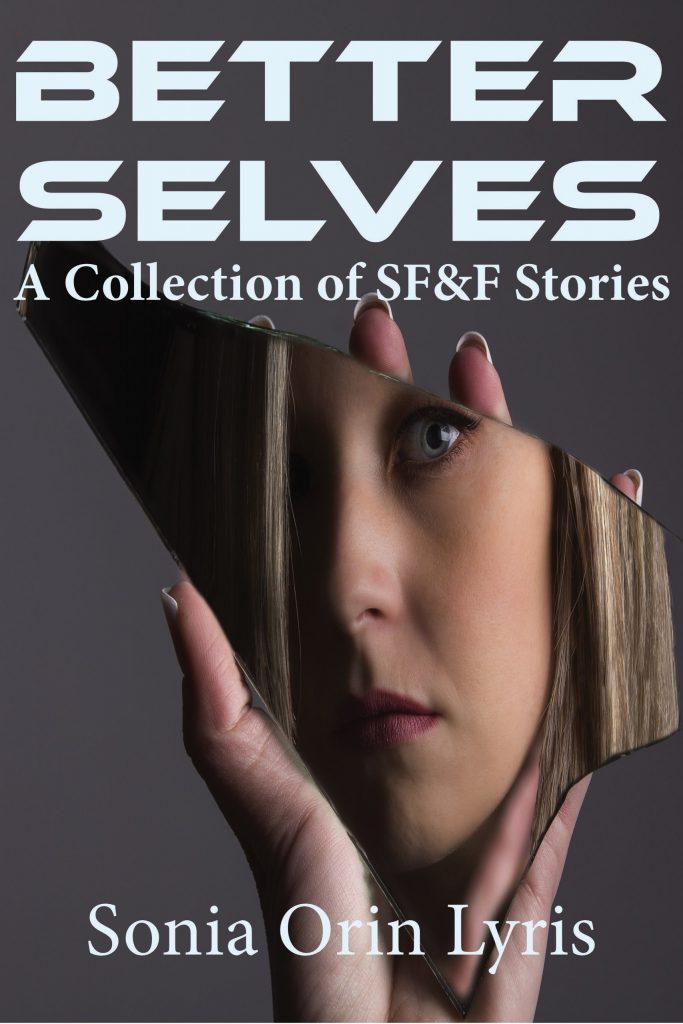 What happens when we fail ourselves? When we look in the mirror and don't like what we see?

In these five tales are explorations of self--who are we when we're not at our best and how we can--at least sometimes--find our way back to our better selves.

If you like stories that gaze unflinchingly into the nature of self, with a side-shot of entertainment and adventure, this collection is for you.

MARGUERITE ALLOHAY BOARDED the South Lake Union Transit train, followed by snickering tourists who had just worked out the acronym. She slid into a window seat and stared out at a suddenly overcast Seattle. Hadn’t it been sunny just a bit ago, on her walk to the train? That must have been summer, right there. An old joke but still somehow grimly hilarious to sun-starved Seattle natives.

It was the final leg of her trip from Redmond via light rail from ULearnIT—you’d think they could afford a decent name—where she had just finished her second and perhaps final interview.

It had, to all appearances, gone well. Well enough that, baring a few details, she might even make their short list.

Passing the Tesla dealership she remembered a webcast about a women’s version, not pink but mauve and cheap enough that someone like her could afford it if she never ever wanted to own a home. For a moment she imagined walking in, zeroing out her credit and driving off into the sunset. Or, given this wretched overcast, into the slowly darkening gloom. Just putting this whole silly job idea out of her head.

Details. Wasn’t that where the devil lived?

An Afterword: Seeking the Singularity

Sonia of the Singularity who is perhaps the most original, the most gnomic and the most sheer representative of those writers who in this age of Virtual Reality have come to dominate the shrinking cavern in which the true science fiction writers, the descendants and inheritors of John Campbell's Golden age have come to shuddering perch. Her work is as extraordinary and ungiving in its flourishes and template...the stories here jingle and jangle and set off rockets which fall back to burn the page...